New Zealand’s, Six60 are finally gracing us with their self-titled sophomore album. You can pre-order the deluxe album here. It will become available on February 27, 2015 via Massive Entertainment/Universal Music NZ. If you want a sneak peek, you’re in luck. Have a listen to “Special” above (available worldwide on iTunes) and check out the track, “So High“, here. We can’t wait to hear the album in its entirety! What about you?

Boy band fangirls everywhere are rejoicing! Nick Carter and Jordan Knight have announced that they have joined together as the duo, Nick & Knight and will be releasing an album followed by a national tour.

Saayyyyyy, whhhhattt?!? You read correctly. The guys launched their official website today and played a snippet of their first single, “Just the Two of Us” on Good Morning America this morning. The single will be available as a free download for those that pre-order the album through their official website today. The national tour begins on September 15th in Nashville and ends November 22nd in Canada. Time to get your boy band fix!

Yesterday, Justin Bieber released a music video for his new song, “Confident” featuring Chance The Rapper. Amidst all his legal troubles, Biebs is trudging through and working on what he does best–making the tweens swoon.

The song, as you can imagine, talks about him being into a girl who is confident. The video inserts dialogue between him and a chick whose number he wants. Not that you could call the worst pick up line ever as dialogue, but just go with it. At the end she agrees to give him her number, but the only exchange we see is a kiss. Because let’s be real, he probably doesn’t have to do much to pick up a girl.

I can’t say I’m a big fan of Chance The Rapper, in fact, I’d probably like the song a whole lot better without him. There’s also a few choreographed dance sequences in the video, but nothing over the top. See for yourself above. 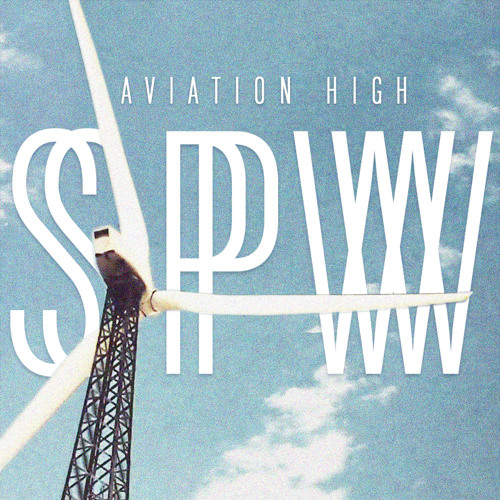 Semi Precious Weapons will be releasing their sophomore full-length, studio album titled Aviation this April on RedZone Records. FINALLY. The NY-based band moved to L.A. to work with “Tricky” Stewart (Beyonce, Rihanna, Frank Ocean) on the album and subsequently signed to his RedZone Music label.

The band will release “Aviation High” as the first single and will release the completed music video for it soon. If you’re itching to see it you can watch the behind-the-scenes look at the shoot here. You can now also pre-order the album on iTunes. Full track listing for Aviation is below.

We sat down with the guys of Timeflies and they told us about their new EP, Warning Signs plus Cal talks about who he would like to golf with and Rez dishes on how he would react meeting Taylor Swift. Watch it all in the video above!

Little Boots made headlines with her Gold-selling debut Hands in 2009. Now she is prepping to release her sophomore studio album, Nocturnes on May 7th, on her new On Repeat Records imprint through Kobalt Music. Produced by Tim Goldsworthy, Nocturnes contains a mix of sounds including: pop, disco and EDM. She has posted some track teasers on her website for now, but if you’re getting antsy you can pre-order Nocturnes on iTunes HERE.

Little Boots will also be doing a national US tour in support of the album this May. Check out the dates below.

“WuLi Records is beyond happy to have DE’BORAH join the WuLi Records roster,” states WuLi Records representative Ryan T. McGuire. “We are eagerly excited to work with such a talented young artist and are looking forward to a positive future together.”

She describes her style of music as  eclectic with a vast range of genres including rock, soul and pop mixed with her own unique style. If you saw her on The Voice, you know what that’s all about!

Take a listen to what she came up with post-The Voice with her debut single, “Coming Out Looking Good” here.

Posted by popzineonline on 03/12/2013
Posted in: concerts, music news, news, reviews. Tagged: concert review, give me your hand, i'll drink to that, Jordan Witzigreuter, los angeles, love is like woe, outasight, pop, pop rock, Richard Andrew, The Ready Set, The Roxy, tonight is the night, young forever. Leave a comment

The Ready Set and Outasight? I knew this was a show I would not want to miss and I was right. I missed most of the opening acts, but I was able to catch 2AM Club and they just got a new fan out of me. They are definitely an up and coming band you want to check out. However, it was The Ready Set that I was dying to see. END_OF_DOCUMENT_TOKEN_TO_BE_REPLACED

Although the video has been out for almost a month, it still deserves to get its own post. Here’s the latest music video from the UK-based boy band, The Wanted for their single, “Chasing The Sun“. It’s directed by Director X who has directed music videos for many top artists in the industry including Justin Bieber’s “Boyfriend” music video. The cinematography and styling is very dark and edgy which fits with the band, but above all the song is the best part. Check it out for yourself up top.

MUSIC VIDEO: Rizzle Kicks – Down With The Trumpets

I met a couple of British guys at a pub in Hollywood a couple of weeks ago and they introduced me to Rizzle Kicks and had me check out “Down With The Trumpets.” Their sound is British hip-hop fused with pop and it’s pretty sweet. This song was released in September of last year and man do I wish we would get some of these overseas artists played in the US. It’s catchy, danceable and definitely one of those songs that will get stuck in your head. Have a listen.