MOVIE REVIEW: As I Lay Dying 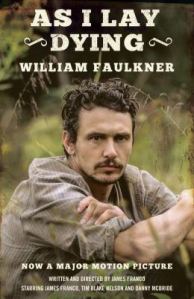 I read As I Lay Dying, the iconic novel by William Faulkner, years ago and never thought I would see it adapted for the screen. It isn’t exactly the easiest storyline to portray on film which is why it has never been attempted before, but if anyone could do it I knew James Franco could. He not only stars in the movie, but he wrote the screenplay and also directed it. He’s kind of talented like that. END_OF_DOCUMENT_TOKEN_TO_BE_REPLACED 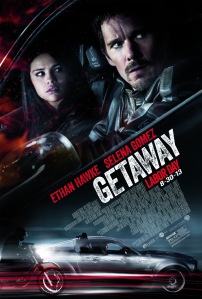 This wasn’t a movie that I was dying to see, but I got tickets to the premiere and figured I would give it a try. I loved Ethan in Great Expectations and Training Day and I’m a fan of Selena’s music, so I was interested in seeing the two paired up.

The plot revolves around a former racecar driver, Brent Magna (Hawke) whose wife is mysteriously kidnapped by an unknown man. He is provided with a custom Shelby Super Snake Mustang that is equipped with cameras and a microphone, so that “the voice” (Voight) can contact Brent with directions. The owner of the car (Gomez only known as the kid) attempts to retrieve it, but is ultimately forced along for the ride and to do whatever “the voice” tells them to do in order to rescue Brent’s wife.

Yeah, that’s pretty much it. You have no idea what they have to do for this “voice” until they do it which ends up being a step by step process throughout the movie. The beginning shots of the wife getting kidnapped are a bit jumbled and we are left with a lot of questions and even at the end we feel a bit cheated at the reason for all of this. The acting leaves a lot to be desired, but you can’t blame the actors for the script. At one point when the duo is trying to evade the police, Hawke’s character says, “I can’t believe that worked”, and frankly everyone in the audience was thinking the same thing. You’ll know exactly which part that is before he even says the line. END_OF_DOCUMENT_TOKEN_TO_BE_REPLACED 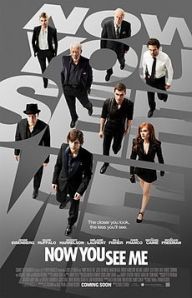 I first saw the trailer (and posted about it!) back in December and even then I was really excited to see it. Time flew by and by the end of May the wait was finally over and let me tell you, it was SO worth it.

Now You See Me begins with four magicians: J. Daniel Atlas (Jesse Eisenberg) known as the showman, Merritt McKinney (Woody Harrelson) the mentalist, Jack Wilder (Dave Franco) the sleight of hand, and Henley Reeves (Isla Fisher) as the escape artist. All of them receive an invitation to partake in a mysterious quest. A year later they are in Vegas performing as The Four Horsemen to a sold-out show funded by billionaire, Arthur Tressler (Michael Caine). During the performance they seemingly rob a bank in Paris. Agent Dylan Rhodes (Mark Ruffalo) of the FBI and Agent Alma Dray (Melanie Laurent) from Interpol are called in to investigate. They ask notorious magic debunker, Thaddeus Bradley (Morgan Freeman) for help, but he appears to have his own agenda. The Four Horsemen pull off three impossible heists and everyone is left wondering whether it is all an illusion or if it could really be magic. END_OF_DOCUMENT_TOKEN_TO_BE_REPLACED 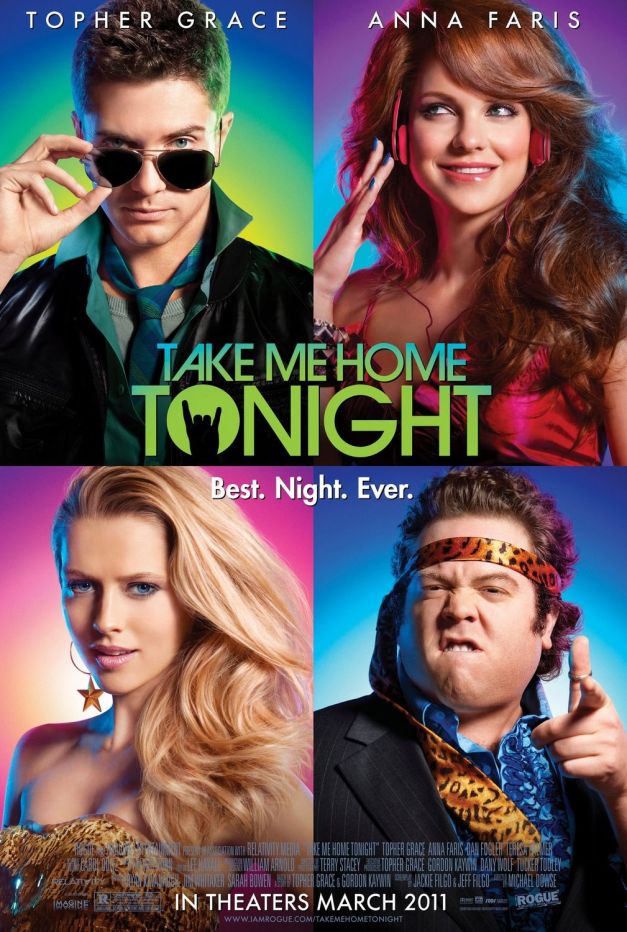 I attended an advanced screening of this film with Teresa Palmer there to introduce it. I was excited to see Take Me Home Tonight because of Topher Grace, Anna Faris and Dan Fogler all together in one movie. Being a fan of That 70’s Show, The House Bunny and Fanboys it made perfect comedic sense to get these three in one setting. Newcomer Teresa Palmer bears a striking resemblance to Kristen Stewart, but thankfully only in physical features and not in acting ability.

Topher Grace stars as Matt Franklin, a recent MIT grad who works at a video store. With the type of education he received he should be at some dream job, but he’s confused and not really ready to move out of his comfort zone. When his high school crush, Tori Frederking (Teresa Palmer), shows up at the store he pretends to be some hot shot in hopes of impressing her. Naturally, she has done well for herself and invites him to a party where he continues with the charade. With the help of his friend, Barry Nathan (Dan Fogler) and taunting from his twin sister, Wendy (Anna Faris), Matt goes on an adventure to win over the girl of his dreams.

This is an 80’s movie made in current times, but has the exact same great feel as a classic John Hughes film. Topher Grace has that normal every day kind of guy persona going on for him and his sarcasm coupled with his spot on comedic timing goes a long way. Anna Faris is severely underused. Her character interaction is minimal and when present does not provide the many laughs we have come to expect from her. Dan Fogler, on the other hand, was a scene stealer. He will undoubtedly be joining the ranks of Seth Rogen, Jonah Hill, Paul Rudd, Jason Segel and the like with this role. Palmer is no Molly Ringwald nor do we want her to be in this. She portrays an Alicia Silverstone like quality ala Clueless. She just may be the next up and coming actress. Michelle Trachtenberg has a small, but memorable part as Ashley, a goth girl who becomes Barry’s love interest. Also, be sure to watch out for a hilarious cameo from Robert Hoffman who you may remember from Step Up 2 or as the YouTube sensation, Urban Ninja.

I enjoyed every moment of the 1 hour and 54 minutes of Take Me Home Tonight and it is highly likely I will be seeing this film in theatres again. The characters are relatable, the storyline is ridiculously funny and the situations they continue to find themselves in are priceless.

If the heavy promotion has not slightly encouraged you see to this film, hopefully some of the points in this review have.  If this is completely not your type of movie, whatsoever, maybe the story here will persuade you to go see it. After all, you can’t do better than experiencing unstoppable laughs while contributing to an undeniably great cause.