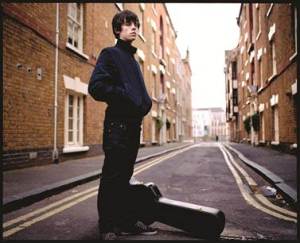 British singer-songwriter, Jake Bugg will be releasing his highly anticipated self-titled US debut album on April 9th on Mercury Records. After its release, Jake will be all over US television with appearances on The Late Show with David Letterman on April 10th, The Ellen Show on April 12th and The Tonight Show with Jay Leno on April 22nd. Jake will also be at this year’s SXSW and Coachella and then opening for Band of Horses in April. Not too shabby for an 18-year-old newcomer.

After being impressed with his song, “Two Fingers“, we just had to interview this guy. You can listen to the interview here and watch his music video for “Two Fingers” below and see what all the fuss is about.

Justin Bieber surprised fans after his Jay Leno appearance on 06.27.12 by breaking into an impromptu acoustic performance of “Boyfriend” in the parking lot of NBC Studios from inside his van. That’s how cool he is. Swaggie.

After yesterday’s taping of The Tonight Show with Jay Leno, The Wanted gave their fans a special performance in the parking lot of NBC Studios on top of their van. They sang an acoustic version of “Lose My Mind” with the help of their fans. Although at times it seemed as if the fans were actually serenading The Wanted. Throughout the performance you can hear the band being in complete awe of their fans. Must feel good to hear a crowd sing your music to you, but really the fans just appreciate the five down-to-earth guys who busted out a tune in a random location even though they should have been headed to the airport to catch their next flight. Dedication. Check out the video above.