Pop-rock band, Hot Chelle Rae just premiered their music video for their single, “Honestly” on VEVO. It features Ashley Benson from the ABC Family hit show, “Pretty Little Liars.” I also may have had a hand in decorating that awesome kitchen you see. 😉 Watch it above. 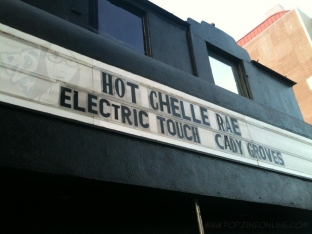 I have wanted to see Hot Chelle Rae live for some time and after hearing about Electric Touch, I knew this was the show to be at. 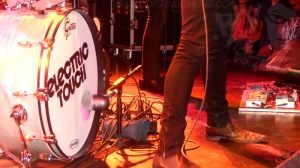 I got to interview the guys of Electric Touch before the show and I was really looking forward to their set. Their song, “Don’t Stop” got my attention and I recently posted the video for it. Their stage presence was strong. They are that band that only has a thirty-minute set, but you wish would play way longer (the injustice!). Their blend of rock is the real guitar- 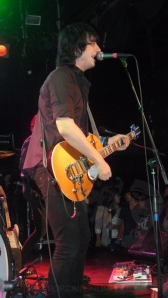 driven, hardly in existence anymore, rock and roll. Their sound is addicting and their lyrics are deep. They sang songs from their album, Never Look Back, including: “Don’t Stop”, “Magnetic” and “Dominos.” “Magnetic” is their newest single and you can check out the music video for it here.

Cady Groves was up next and to be honest I had not heard of her until the show. She’s got the attitude of Avril Lavigne and the mouth of Ke$ha. Her voice is strong, but the overall juvenile presentation didn’t impress me, but then again I’m not an angsty- 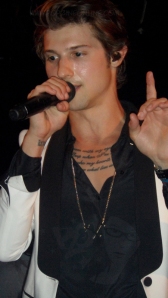 The fans for Hot Chelle Rae were getting antsy and once the guys went on stage there was nothing holding them back. Yet these guys are so collected even though the entire crowd is screaming at the top of their lungs and trying to grab at any of them. Clearly, they thrive on this from fans and know how to take it in stride and at the same time fueling it so that fans get rowdier.

The band was definitely in their own zone when they performed. With the exception of the lead singer, Ryan, 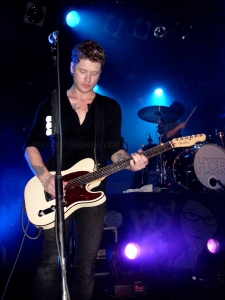 the other guys didn’t really interact with the crowd, but rather focused on performing. Mid-set they did pull a fan on stage to help them sing the rap in “I Like It Like That”. Overall, Hot Chelle Rae gave the fans what they wanted: their favorite songs.