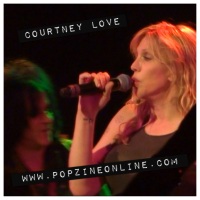 So I had heard about Camp Freddy since last year and had an inkling to what they were about. I knew that the core band consisted of Billy Morrison, Matt Sorum, Dave Navarro, Chris Chaney and Donovan Leitch and every show they would bring in some iconic musicians. These include names like Billy Idol to Slash to Moby to Macy Gray. This year I caved in and said I had to attend one of their shows.

I attended the very first December show of their 3-show residency at The Roxy (not including their NYE gig). The thrill of it 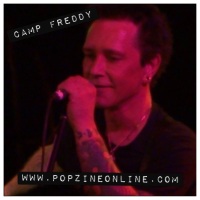 is knowing that you’re going to see some seasoned musicians play, but at the same time you don’t know which legend is going to step on stage and perform. But I can tell you that the Camp Freddy show certainly schooled me on rock and roll. I don’t think I’ve ever been in such awe of every single musician playing on one stage—until that night. It was effortless euphoria ripping from their fingers to their vocal chords. Seriously, I’m not even exaggerating.

Our line-up of Camp Freddy, sadly, did not include Dave Navarro, but we did get the incredible Steve Stevens. Our special guests included: Mark McGrath, Courtney Love, Billy Ray Cyrus, Slim Jim from The Stray Cats, John 5 from Rob Zombie, Franky Perez and Sophie B. Hawkins. I had seen Mark play at a Sugar Ray concert back in the day, but he was so not like that at this show. This guy was exuding rock and it was insane. I was shocked and thrilled when Courtney Love took the stage. I have wanted to see her in concert for so long and she was incredible. She sounded amazing and she looked great. I can’t say that Billy Ray Cyrus was on my list of musicians to see, but he did his part and he did it well. Achy breaky, what? 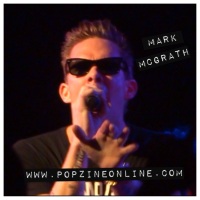 Overall, I am so happy that I decided to finally check out a Camp Freddy show and I can’t wait to see another one. This time I also know to check out the last show, rather than the first since they had more special guests later on, but if you have the $$$, go for multiple shows. All dates included Mark, Courtney and BRC, but the second show also included Billy Idol, while the third featured Moby, Slash and Dave Navarro. Either way, I can’t see anyone being disappointed after leaving their concert—it’s truly an experience you will never forget.